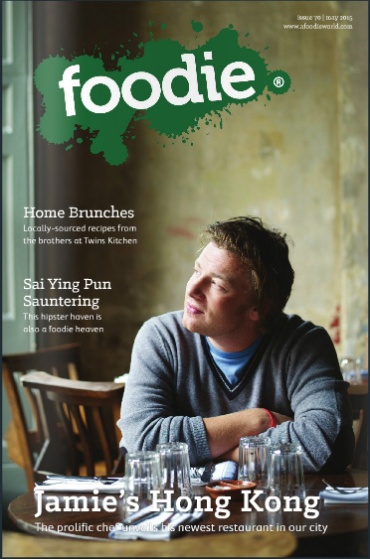 On his Food Foundation campaign:

Ten years ago in Britain, we were serving low quality, processed foods to six million children in schools between the ages of four to 18. We had the most unhealthy population in Europe and it was a real struggle to get access to the government to talk to them about improving food programmes in schools. After our first documentary came out, the response was amazing and I could get a meeting with the Prime Minister within a week. Ten years ago, if I wanted to produce food for school children, there were no standards, but if I were to produce dog food there were legal papers by the stacks. Today, standards have improved, they are still not where we want them to be, but are much better. Good is a moving target, and we are always pushing for better.

Last September, after six years of campaigning, Britain passed a law that allows every child to learn how to grow food and gain practical cooking skills in school. This year, on Food Revolution Day on May 15th, we want people to sign a petition to put into law that children must be taught in schools about food, where it comes from and how it affects their bodies. We believe it’s a child’s human right to learn how to grow and cook nutritious food at school. At Jamie’s Italian, we hosts school groups at least three times a month, and educate children on the various types of produce and how to cook simple meals.

On what he feeds his children?

I’ve got a thirteen year old, a twelve year old, a five and four year old at the moment. They are pretty good with food, and like most kids, they have their good and bad weeks. We try to have a lot of fun around food. We go to the markets with them and let them decide what we’re going to eat that the week. A lot of the time we have to put back their choice of crappy sugary snacks though. I really do try to instill in them the openness in trying new things, and we have a simple salad every day. Sitting around the table and having that time together is important, and we do that more on the weekends because I work long hours during the week. My advice to parents – don’t think about what they don’t like to eat, but concentrate on what they do like.

On adding to his brood:

I have four children, and my home is…well, it’s carnage. My wife does want another baby, but I’m really trying hard not to make that happen. She’s chosen all the names of our children so far, and they’ve all been centred around flowers – Poppy, Daisy, Petal and Buddy. If we do have another child, I really want another boy, and I want to call him Elvis.

On the future of food:

Definitely, more research will be published about the link between unhealthy eating and dietary diseases, which is already responsible for 68 per cent of health issues in the Western world. As countries get richer, meat consumption will increase. We already eat way too much meat, so getting people on a more plant-based diet and at the same time, respecting good quality meat but just eating it less often, will be key.

In the past two years, almost everything I post on Instagram and Twitter has been largely vegetarian focused, not because I am a vegetarian – I love meat and fish, but because the public are interested to learn more ways to love vegetables. It’s probably better in Hong Kong as I’ve seen a lot of vegetables done in different ways, but in England, America and Australia, it’s still very much a heavy carbohydrate and protein-based diet. Last year, for the first time in world history, more people died from eating too much of the wrong things than having too little to eat. I strongly believe food education is the solution to these problems.